“Two of my sales people had their best month ever!” 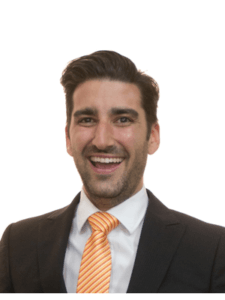 TigerPisol is an automated Facebook and Instagram advertising platform that amplifies an agent’s profile in their local area.

ActivePipe nurtures those contacts with automated email communications and reports back to the agent with intent data.

Over the three-month campaign, these platforms reached a combined 10.4 million online users. We caught up with the principal at LJ Hooker Kensington to see how this program translated at the office level.

Are you still using ActivePipe and Tiger Pistol?

What were the benefits of using both ActivePipe and Tiger Pistol during the spring campaign?

From an ActivePipe perspective, it was fantastic to see our contacts updating their status and letting us know if they were investors, first home buyers, upsizers or downsizers. It gave us a point of conversation and that’s really powerful when you’re competing with another three or four offices in the area.

Once Tiger Pistol came on later in the year, we had out best quarter ever and December was one of our best months in history. We had issues with stock across the board and suddenly December numbers were huge and other offices in the area were still complaining about low stock numbers.

We didn’t change much in terms of the way we operated. The only thing we did change was Tiger Pistol and ActivePipe working together so I have to attribute some of our success to that.

Overall do you think ActivePipe and TigerPistol helped you generate and convert more qualified leads?

I do. It certainly helped from an awareness perspective.

The ‘set-it-and-forget-it’ part of the combination was excellent. We found that when we spoke to clients they had already been touched by ActivePipe and TigerPistol, which told us that we were reaching the right people.

The increase in overall activity had to be attributed to that also.

From a business perspective how did ActivePipe help you?

Ultimately, the settlements spoke for themselves. Two of my sales people had their best months ever! The office had it’s second best quarter ever, and that’s in settled sales, all leading from the implementation of ActivePipe and Tiger Pistol together.