“The activation process was very simple.” 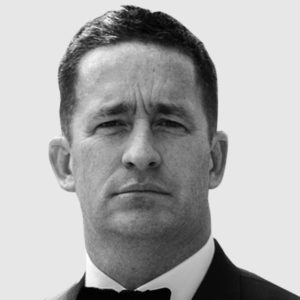 Ant Manton is the Principal and lead agent at Ray White Southern Tasmania.

With a strong background in sales and marketing, Ant knows the power of marketing and was eager to find an innovative system which would allow him to take customer communication to a new level.

With this in mind, Ant looked to ActivePipe – a unique Australian-developed software system which automates email communications to the customer on the agent’s behalf.

Only four weeks after implementing ActivePipe into the running of the agency, the results far exceeded anything Ant had expected.

Within days, Ray White Southern Tasmania was receiving requests for property appraisals via the system. After just one month, the agency reported receiving five new leads through ActivePipe, with at least two those expected to become listings.

How long did it take for you to start seeing results from ActivePipe?

How would you describe that result?

It’s fantastic. Ultimately, those people would have just sat on an old database getting what –clearly – isn’t particularly relevant information to them, until they just dropped off.  ActivePipe has encouraged them to become more engaged in the system and to ask for our help.

What is this in dollar value to you?

I think it’s fantastic, if we only converted two or three of them, that’s potentially 30 or 40 grand into the business that we wouldn’t have otherwise received.

Do you anticipate any of these appraisals becoming listings?

I would certainly anticipate that three of those five are very strong leads. I would suggest that two to three will certainly be listed in the next one to three months.

What was it like training your staff to use ActivePipe?

Simple! If you can watch a two minute video, you can be trained in it. I mean it is a very, very simple system. It takes very little skill, thank goodness, to actually use it. It is 90% all done for you. A few videos, a few emails, the activation process was very simple. The videos are very clear and easy to watch.