“Not only are they helping us get going on the platform, but they’re very supportive on an ongoing basis” 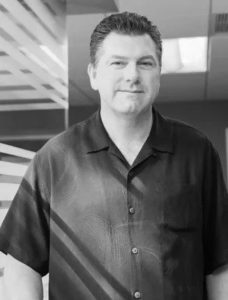 This case study was originally written by Keith Loria and published in RISMedia.

When Andy Jolls, COO at Vista Sotheby’s International Realty, which has eight offices throughout California, first learned about ActivePipe, he was impressed that there was an email marketing solution for real estate professionals that provided the important customer insights that agents, REALTORS® and brokers were looking for.

“As a Sotheby’s affiliate, we were previously using a different supplier, their recommended email marketing platform at the time, but it had its limitations on how to develop email campaigns,” explains Jolls.

“We were also having trouble with the actual campaign falling into junk or spam filters, so we were on the lookout for a different product, and we were looking for a different CRM solution for our agents. The people we were talking to at the time recommended ActivePipe.”

The difference was noticed straight away, says Jolls. “ActivePipe has been really progressive about avoiding that type of situation. They look at why it happened, in addition to things they can change on both the domain and email level to prevent it from happening again.”

Within the first few minutes of the ActivePipe demonstration, Jolls notes that it was the best real estate marketing platform he had ever seen.

“From an administration standpoint, the ease of putting together an email that looked sharp and would get attention from the reader was a big factor,” says Jolls. “Some of the other solutions are a little more difficult in terms of putting an email together, and in real estate, it’s all about ease of use.”

Additionally, Jolls was impressed with ActivePipe’s ability to connect to the brokerage so that they could quickly and easily get announcements about listings or open houses out from the broker level.

“The reporting that ActivePipe provides on viewership and readership statistics was presented in an active format, which we weren’t getting before,” says Jolls. “There’s some sort of artificial intelligence where they rate the contact and whether they’re a likely consumer going forward.”

Vista Sotheby’s International Realty launched with ActivePipe in the beginning of August, and the company provided group and online-based training for the firm’s agents.

ActivePipe’s David Greenbaum has been the lead account manager, working closely with the firm to rectify any problems and help with training. Available whenever needed, this has created a very strong partnership that Jolls believes will continue well into the future.

“Not only are they helping us get going on the platform, but they’re very supportive on an ongoing basis in order to get the highest readership possible on all the emails going out,” adds Jolls.

In its first month with ActivePipe, the firm sent more than 1 million emails, and that number is expected to be similar in the months ahead.

One way the platform has already been used successfully? Any new listing acquired by the firm is sent out to a database of nearly 60,000 real estate agents in California. Previously, the firm was seeing a less than desirable readership rate, but by using ActivePipe, that number has improved by 400 percent.

“It’s a similar story with the open house emails we send out as a brokerage for anything scheduled for the upcoming weekend,” adds Jolls.

There’s also a monthly newsletter that Vista Sotheby’s International Realty provides for each agent’s client base, and those readership numbers are well above what they were before.

“We’re getting the most eyeballs as possible on these properties, which is helping everyone,” concludes Jolls.