“As soon as I saw the demo and understood just how clean, sleek and easy it was for an agent, admin or staff member...it was a no brainer” 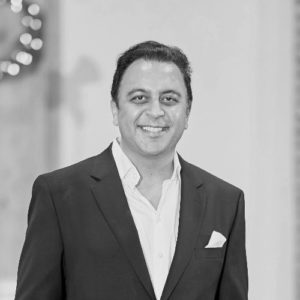 This case study was originally written by Paige Tepping and published in RISMedia.

“Email marketing is important for any company,” says Intero Real Estate Services – East Bay Broker and General Manager Rishi Bakshi, who spent the past year creating a whole new set of technology for the firm’s technology stack from scratch.

“After changing our CRM, it was recommended that we take a look at ActivePipe’s email marketing system, as this was an area in which we were lacking,” explains Bakshi. “As soon as I saw the demo and understood just how clean, sleek and easy it was for an agent, admin or staff member to create any number of email marketing pieces, it was a no brainer,” he adds.

Built specifically for the real estate industry, one of the biggest benefits in working with ActivePipe is the fact that it’s connected to the MLS. Therefore, it already showcases each and every listing the firm has.

Better yet? There’s no cap on the number of emails that can be sent in any given month. Having sent upwards of 250,000 emails last month (at press time), Bakshi notes that this would translate to an exorbitant amount of money with any other vendor.

Simplifying the entire process, ActivePipe makes it easy to create great looking property alerts, open house announcements and newsletters. “You can create whatever you want on the spot by simply dragging and dropping listings, blog content, YouTube videos—or anything else—into any number of templates and then blast it out to a specific database,” says Bakshi.

“It simplifies everything,” adds Bakshi, who points to ActivePipe’s back-end as yet another key piece of the puzzle. While agents love the back-end because it provides a glimpse into how a particular email is performing, it goes much further than that.

In fact, in addition to open rates and interactions, the back-end also shows what part of the email the recipient is responding to. “Since most of the emails we’re sending are made up of a variety of components, we can see exactly how our customers are interacting with the content we’re sharing,” explains Bakshi. This further differentiates the firm’s agents, as they can candidly discuss the results of their email marking campaigns with buyers and sellers alike.

“If you’re looking for something that’s sleek and easy to use, consider ActivePipe,” concludes Bakshi, who has nothing but good things to say about their experience thus far.

Whether it’s basic onboarding to launch the partnership, webinars or one-on-one meetings to discuss problem areas, the team at ActivePipe consistently goes above and beyond. “David Greenbaum, ActivePipe’s director of operations, is constantly checking in and making sure we’re doing okay. The touches they make are incredible,” concludes Bakshi.